VR
POCHAEV LAVRA IN VIRTUAL REALITY
Problem
Visit personally the most powerful Orthodox place on the territory of Ukraine - the Pochaev Lavra. Look into the life of the monastery in 360 format, view the mosaics of the temple, feel the Easter service and look into the library of the monks, which is closed to ordinary visitors.
Realisation

Creation of a scenario plan for the entire shooting in 360 format, departure of the team to the location. Several days of filming in the external and internal facade of the monastery. A combination of shots taken from a drone and in static areas. Video editing and musical accompaniment of the choir from the Pochaev Lavra. All in 360 format with the possibility of full immersion in the details. 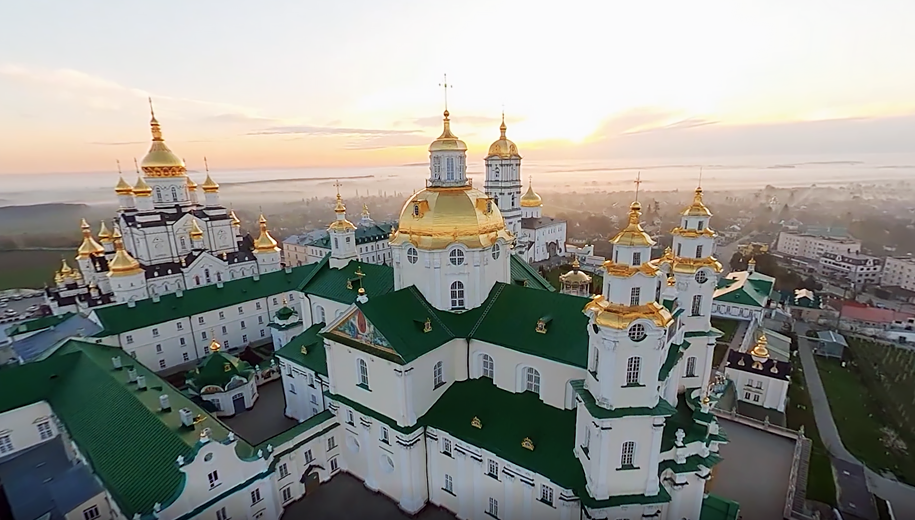 VR
CHILDBIRTH IN VIRTUAL REALITY GLASSES
Problem
To create an alternative to medical methods of pain relief for women in labor in VIRTUAL REALITY. With the help of VR content, immerse women in an atmosphere of calm and tranquility through emotional sensations from what they see and hear. Support during childbirth for women who have decided to give birth without partner childbirth.
Realisation

Creating VR content that sets the woman up for the upcoming contractions. Elaboration of the psychological state of a woman at the most important moment in visual and auditory form. Women are put on Virtual Reality glasses and immersed in a state of calm and work on themselves in different stages of contractions. 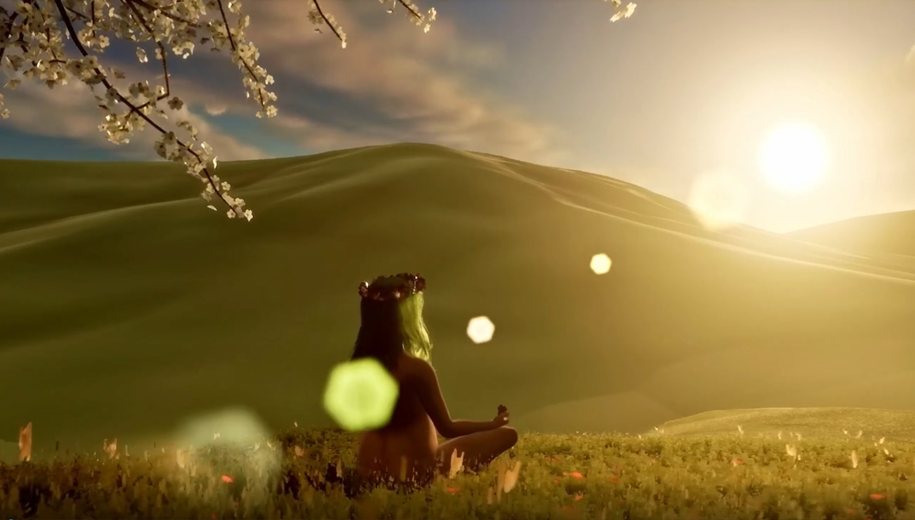 VR
VR EXCURSION OF THE KHRESCHATYK STR. 1912-1913
Problem
Show all the pre-war sights and architecture of the main street of the capital from the European Square to the Bessarabian market.
Realisation

Recreate all historical houses with former ornaments using archival photographs. Convey the atmosphere of that time, show the inhabitants and the cavalry. The tour is accompanied by the soundtrack in English and Ukrainian. 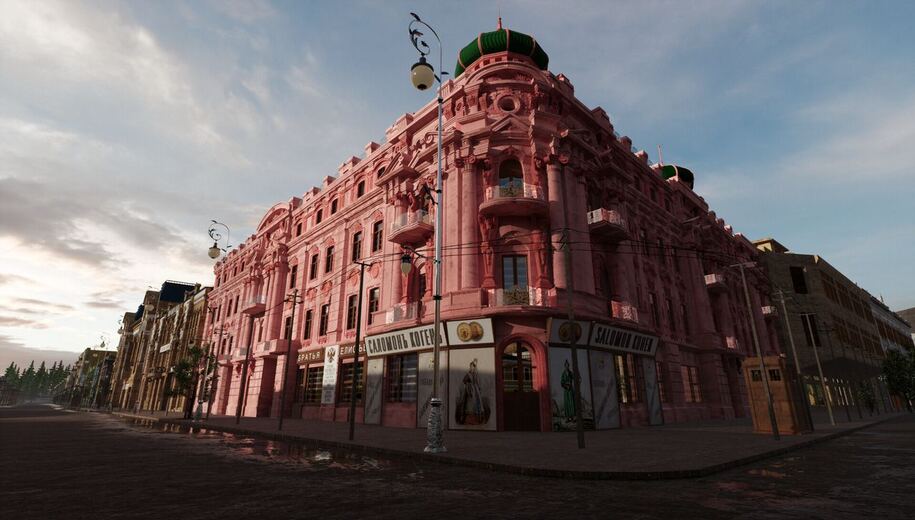 VR
SYNGENTA VR VIDEO. PICCOLO MACHINE
Problem
Show clients the key feature of the company in seed processing, introduce them to the work of the seed dressing machine, emphasizing its productivity and dressing volumes.
Realisation

Filming with 360 cameras at the company’s production site. Detailed filming of the work of the etching machine with immersion in the intricacies of the whole process. Next is the seed treatment stage and the laboratory process.

VR
VR VIDEO FOR SYNGENTA AGRO COMPANY
Problem
Show the production capacity of the company, transfer a person to the work process.
Realisation

Rendering in VR of all production facilities of the company using existing videos and photos. Immersion in every stage of the processing process using VR technologies. 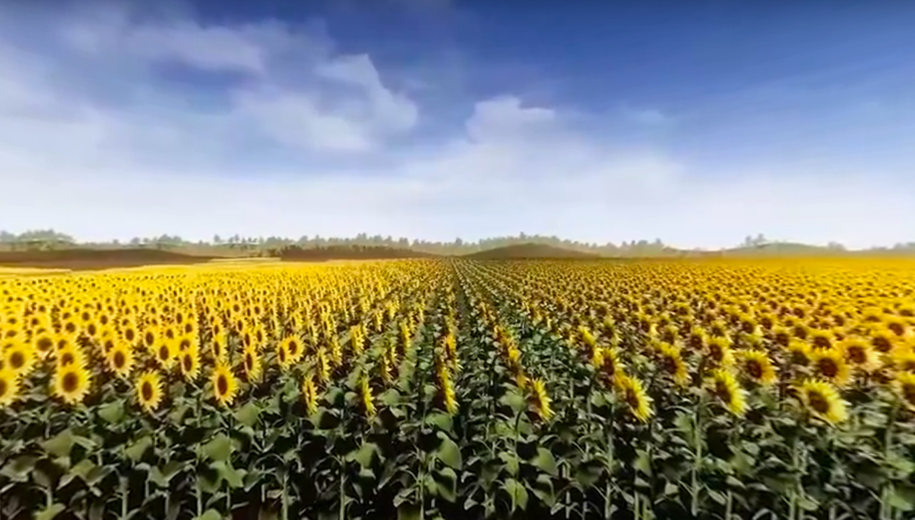 VR
VR CONCERT OF OLEG VYNNYK
Problem
Convey the whole atmosphere of a live concert. Transfer fans to the fan zone with the opportunity to see the whole concert, people standing nearby, and in particular a real artist.
Realisation

Detailed drawing in 3D of the entire Olympic, as well as the fans of the artist. Recreation of VFX effects during the show program. From the real to the virtual environment, it is a stage and an artist with musicians. 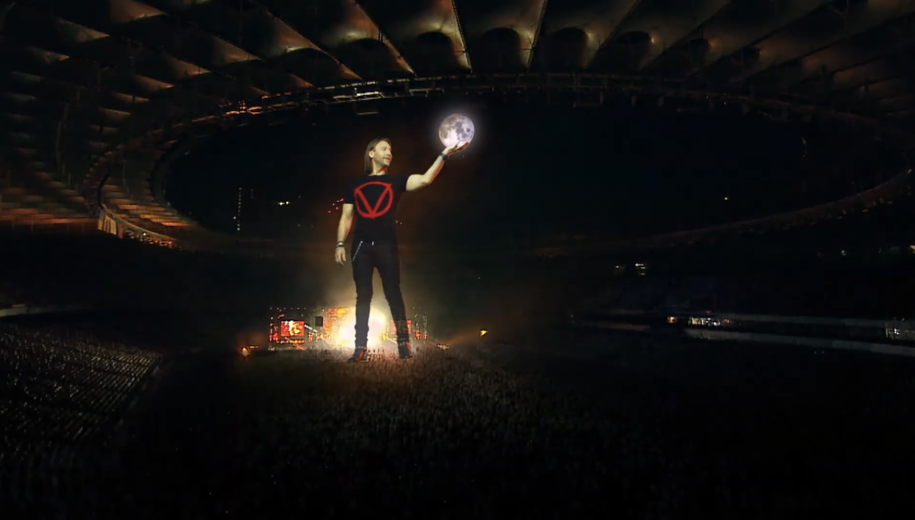 VR
VIRTUAL REALITY FOR LEARNING
Problem
Recreate in VR learning situations that might be too dangerous or too expensive in a traditional training enterprise.
Realisation

Recreate a rendered 3D environment for simulating technical learning in virtual reality. Immerse yourself in the working atmosphere and provide an opportunity to interact with all available elements.

VR
VR UPARK FESTIVAL SKY FAMILY PARK
Problem
Move people to the concert directly in the Sky Mall. Immerse everyone interested in the upcoming UPark festival directly into the fan zone for the performance of your favorite artist.
Realisation

Create the atmosphere of a real concert in 360 format, show the performance of all the artists of the festival, as well as be able to select a specific artist and move to his performance.

VR
VR ACTIVITY "FANTA"
Problem
Create an engaging BTL zone in the mall and immerse everyone on a roller coaster. The analogy of the new taste of Fanta with a real shake-up of emotions.
Realisation

Creation of a 3D attraction, where every taste takes you to a new location. The involvement of taste buds in visual VR adrenaline. 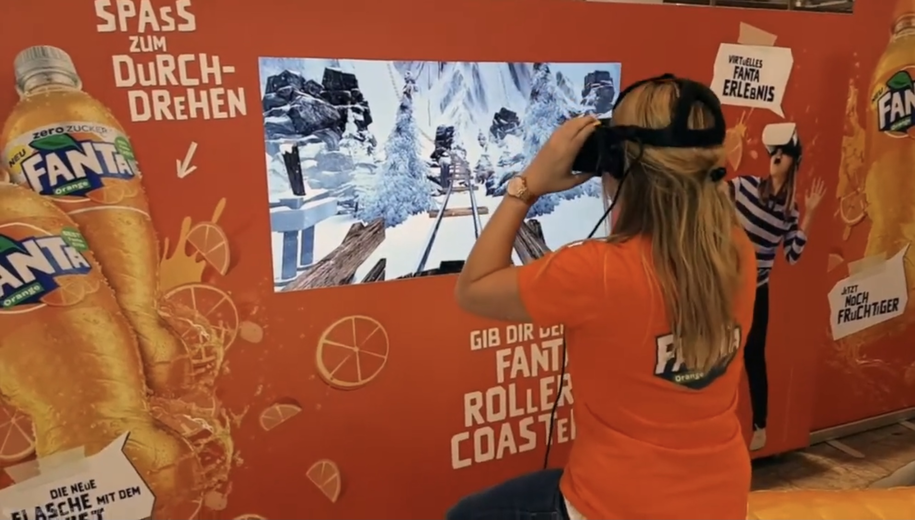